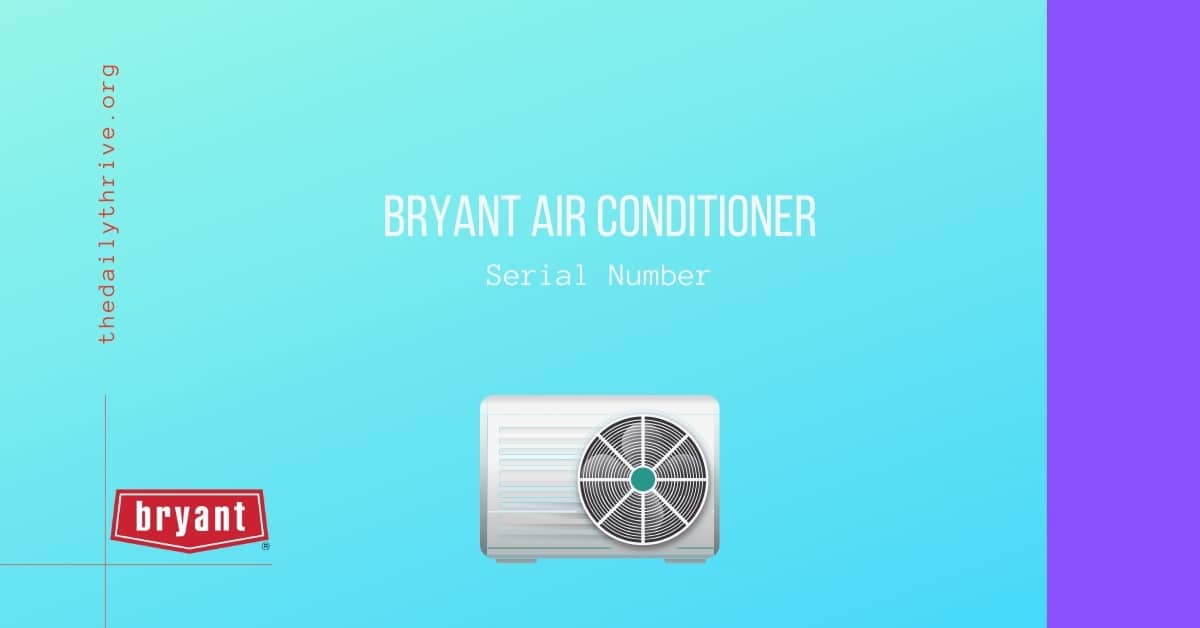 As a rule-of-thumb, capacity information is encoded by air conditioning manufactures in the model number and date of manufacture info in the serial number. In this article we are going to talk about how to decode Bryant Serial Number and how to determining the age of Bryant Air Conditioning from serial number.

From 1964 through 1979 Bryant Air Conditioner encoded age information in the serial number. With the first one or two digits indicating week of manufacture and the letter following those first number/s indicating the year.

Here how to decode the letter from Bryant Serial Number:

For more information on how to encode the capacity of Bryant Air Conditioner you can read here: Bryant Model Number

Connect with us online

About The Daily Thrive

Having the right HVAC system for your home makes all the difference in how comfortable your home is, how much money you spend on energy bills and how hassle free your system is. The wrong choice could leave you saddled with never-ending headaches and ever-high bills. Here at Thedailythrive.org, our aim is to ensure that you avoid getting into such a mess.

With more than 20 years experience in Heating and Air Conditioning System. We helped hundreds of homeowners to find the proper heating and air conditioning solutions.

We use cookies to ensure that we give you the best experience on our website. If you continue to use this site we will assume that you are happy with it.Ok