You are here: Home / Carrier / Carrier Serial Number: Where To Find? How To Read? 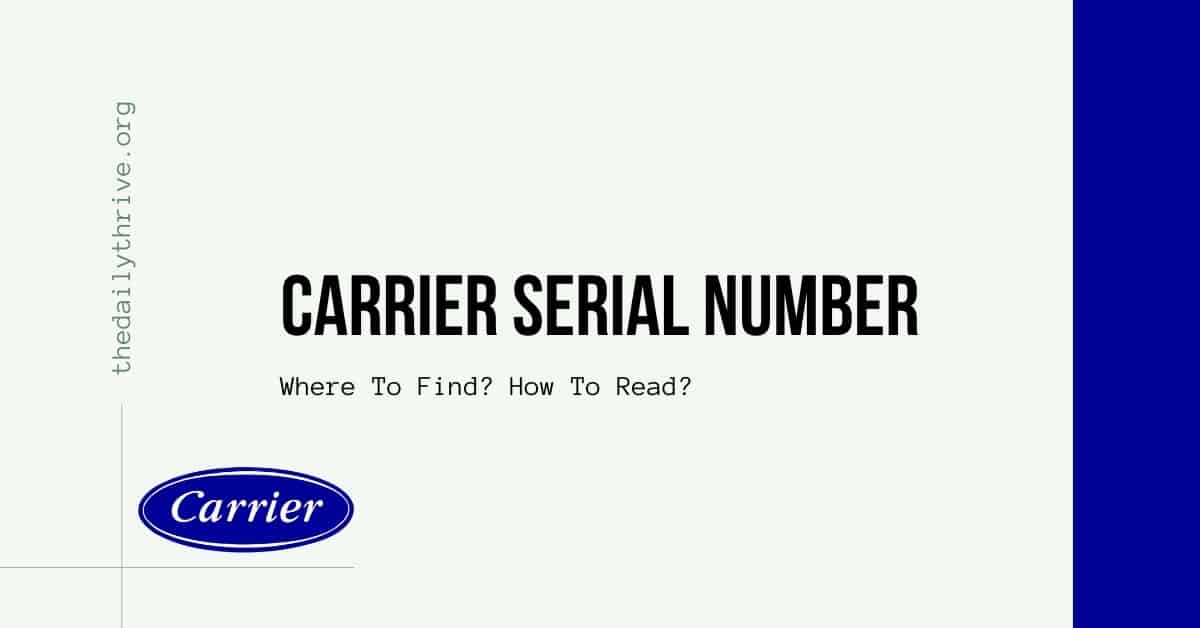 There are reasons why you should know your Carrier Serial Number. It contain information in what year the unit was manufactured, as the easy way to identify the carrier ac age is due to the serial number.

Knowing your system age is important because it can give you substantially about whether you might be able to repair or replace the system with a new one.

How to Read Carrier Serial Number

Below are the most common styles or format of carrier serial number and how to decode it.

New Carrier units (air conditioners, heat pumps, furnaces) use a 4 digit number of first four serial number to determine the age. The first 2 are the week of the year and the second are the year.

Older Carrier units used many different styles in their serial numbers and have changed over the years. It will be a little hard to figure out exactly the carrier ac age from old carrier serial number.

We’ll show you how to decode each carrier serial number styles in the following examples.

New Carrier Units also shown the date of manufacture directly on the data tag (as shown in the image above). So you don’t have to bother to decode the serial number nomenclature anymore.

Still unable to find or to read Carrier Serial Numbers? Just drop your comment below and we will be happy to help you.

Connect with us online

About The Daily Thrive

Having the right HVAC system for your home makes all the difference in how comfortable your home is, how much money you spend on energy bills and how hassle free your system is. The wrong choice could leave you saddled with never-ending headaches and ever-high bills. Here at Thedailythrive.org, our aim is to ensure that you avoid getting into such a mess.

With more than 20 years experience in Heating and Air Conditioning System. We helped hundreds of homeowners to find the proper heating and air conditioning solutions.

We use cookies to ensure that we give you the best experience on our website. If you continue to use this site we will assume that you are happy with it.Ok